As I have explained for many years, it is not wise to host your website or Virtual Private Server with a US based hosting company. The reason for this is that the US has a draconian law called the Patriot Act – which allows US federal agencies to take down your website or VPS without notice and without a court hearing. The only way to have a truly secure website or VPS is to use a web host and domain registrar that is not located in the US. I have evaluated more than 100 Canadian web hosts, I eventually chose a VPS host called CanHost.ca. In this article, I will explain why I chose CanHost not only for my VPS but also as a host to recommend to my students and business friends.

This hidden change of ownership also makes your business website subject to the draconian US Patriot Act. By contrast, CanHost has actual servers (not just cloud servers) and is located in Kelowna, British Columbia. You can schedule a visit to see their servers. Thus, you will know where your business VPS is actually located. And, if any government agency wants to take down your VPS, they will have to explain why to an actual judge – giving you a chance to explain to the judge why your VPS should not be taken down.

Go to the following link and enter the full name of the name server:

For example, the primary name server for Canhost.ca is

Here is a screen shot of the search result: 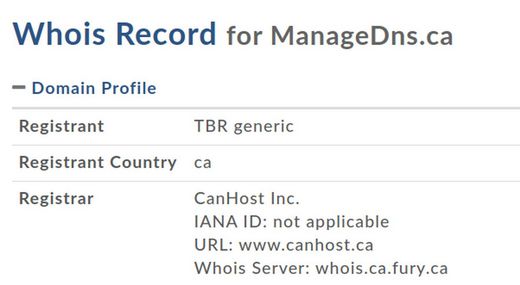 The CanHost IP address, 66.209.177.17, is also listed as being located in Canada. I did an identical search on other so-called Canadian web hosts and got results such as “Registrant redacted for privacy.” Many results were listed as Registrant Country ca – however the actual Registrar was Tucows.com. Tucows has their headquarters in Toronto CA but Tucows is in fact is a US corporation, incorporated in Pennsylvania. The IP location for Tucows.com is San Antonio, Texas. The IP address of many so-called Canadian web hosts was listed as being run through Fastly which is located in San Francisco, CA.

Even worse, a lot of the so-called Canadian web hosts were actually using Amazon servers. In 2018, the world’s largest Domain Registrar, GoDaddy moved their 17 million customers to the Amazon cloud. https://onlinedomain.com/2018/03/28/domain-name-news/godaddy-will-be-migrating-to-amazon-web-services-aws/

Here is a quote from a comment at the bottom of this article:

In January, 2021, the Social Platform Parler.com found out how dangerous it was to use Amazon to host their website. Amazon took them down without notice in less than 24 hours!

In May 2021, a group of US doctors critical of the new GMO shots were also taken down by Amazon. They were using an expensive Content Management System called Webflow which uses AWS for hosting.

AWS demanded that Webflow take down the website and Webflow complied – despite the fact that every article published by Americas Frontline doctors was backed up by scientific studies. Here is a screen show of the email they got from Amazon: 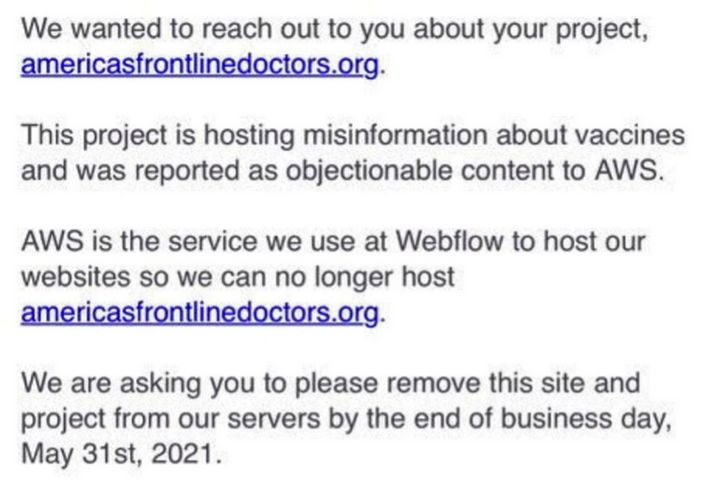 Here are a couple of additional examples of how dangerous it is to use the Amazon Mega Cloud: Former employees have claimed that while they worked at Amazon, they had complete access to all customer email addresses, passwords and credit cards.

Do a search on “Amazon IP Fishing” and you can read this article:https://labs.bishopfox.com/tech-blog/2015/10/fishing-the-aws-ip-pool-for-dangling-domains

The article, posted in October 2015, is called “Dangerous Ips Amazon Recycling IP addresses and providing hackers with access to other users” The article explains how hackers can gain easy access to corporations that use Amazon Web Services because Amazon recycles IP addresses – meaning that IP addresses previously controlled by a corporation can be taken over by hackers.

The only way to avoid the US Hacker Heaven is to use a VPS host that is actually located in Canada.

Amazon Web Services and Microsoft both have more than one thousand servers. However, this concentration of power and centralization of computer networks can be a major point of failure. If hackers can bring down the AWS cloud, they can bring down every one using the AWS cloud.

One of the most important principles of VPS security is decentralization. You are therefore better off on a local but well protected and updated server than you are on a mega cloud. This is why I do not recommend cloud servers and instead only recommend REAL servers. 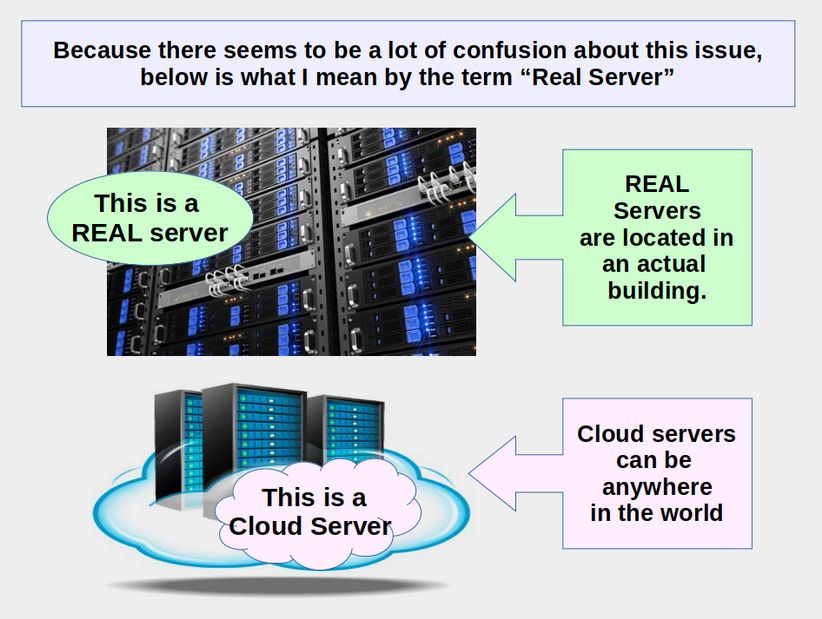 #3 CanHost offers a simple DNS Manager with a Graphical User Interface
Because we will be using the Hestia Control Panel, we will be setting up our own websites, our own databases and our own custom mailing systems. These are all relatively easy tasks that most online business owners can learn to manage on their own. But setting up a DNS Manager can be a much more complex undertaking. I therefore wanted a VPS hosting company that could host all of my domain names and also have a DNS Manager which will allow me to easily route my domain names. This may seem surprising – but most VPS hosts do not have a DNS Manager! 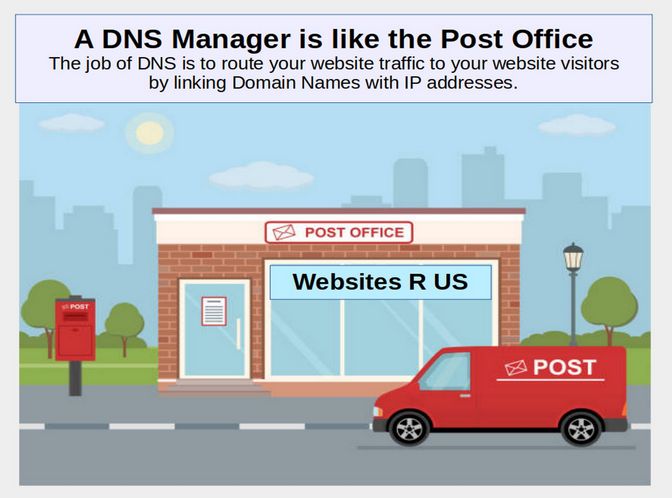 #4 CanHost has hundreds of helpful Tutorials
Many VPS providers do not offer any instruction as to how to use their VPS. But CanHost has more than 200 tutorials which you can see at the following link: https://www.canhost.ca/hosting/index.php?rp=/knowledgebase/tag/VPS

Here is a tutorial explaining how to use the CanHost DNS Manager: https://www.canhost.ca/hosting/index.php?rp=/knowledgebase/275/How-Do-I-Manage-my-DNS.html

Their tutorials include lots of helpful images. Here is the beginning of their DNS Manager tutorial:

To update your DNS records, first navigate to your Client Area by logging in to canhost.ca. Navigate to the 'Shortcuts' list on the left, and select the list item called 'My DNS'.

This will open up your DNS manager, which displays all of your active DNS zones and their corresponding domain names. To edit a specific zone, click on the Edit Zone button on the right hand side. This will allow you to edit the individual DNS records for this domain.

Here is what their DNS Manager table looks like:

This would be a problem because many small businesses, with only a couple of websites, might get by on 20 GB of disc space. But they may need more than 2 GB of RAM. Thankfully, when you click on the VPS Express 1 Buy Now button, you will see a couple of options. First, in the lower left corner, you can change the currency from Canadian dollars to US dollars. This brings the price of VPS 1 down to $12.38 USD per month. In addition, you can change the RAM from 2 GB to 4 GB for an added $6.19 per month. This brings the total VPS monthly cost to $18.57.

Given that the average Joomla website starts out at less than 100 MB and rarely reaches beyond 500 MB – even with hundreds of images – and thus even with a one or two local backups does not need more than 1 GB of disc space, it is reasonable to estimate that one can have as many as 30 websites on a 35 GB VPS.

Here is a table to help you calculate the amount of disc space you need:

* You never want to run the risk of using up all of your disc space.

** If you have more than 30 websites, it would be better for logistical and security reasons to add a second VPS.

#7 Hard Drive Space
Assuming you are using the Joomla Content Management System and Phoca Cart for a flexible online store, your business website should not require more than 1 GB of hard drive space. However, if you have a lot of products, you will need more space to store this data. You will also need backups of your system and each backup will double the amount of space needed. This can expand the space needed to 10 GB or more. Many businesses require several websites. For example, I have different websites for each of my courses and books. In addition, the Debian Server itself along with its hundreds of programs can take 5 GB or more. Therefore, it may be useful to seek a VPS with 30 GB or more of hard drive space.

#8 RAM
A Linux VPS does not require as much RAM as a Windows computer. But to run an online business with an online store, you need at least 4 GB. Virtual servers come with their own dedicated RAM. With more RAM available, you can run an efficient website loaded with more content. Note that if you can save 1 GB of RAM by doing a special installation of Hestia that EXCLUDES ClamAV. This is because ClamAV (which is not really needed) will use 1 GB of RAM all by itself.

Summary: CanHost is by far the best option of you are looking for a REAL Canadian VPS server with a DNS Manager.

Managed versus Unmanaged Servers???
There is a debate as to whether most business owners can even manage their own VPS. Many VPS providers recommend a Managed VPS. CanHost offers dedicated managed servers for $130 per month. Historically, it was so difficult to set up and run your own server that getting a Managed server was the only practical option for many online business owners. However, the Hestia Control Panel is changing that. 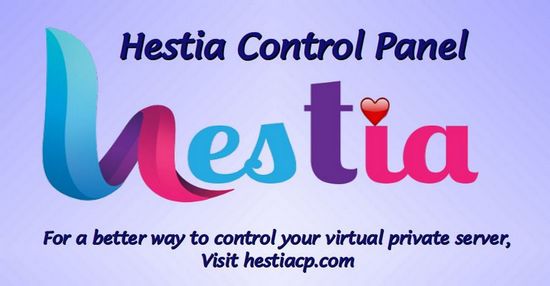 It is much easy to set up and run a VPS with Hestia than it was before Hestia existed.

Setting up and managing your own VPS will not only save you thousands of dollars per year – but also give you complete control over the future of your online business.

What’s Next?
In the next article, we will review how to install the Hestia Control Panel on a Canhost VPS.